Under the title Music, lies and videotape, we are organising a cycle of talks with several specialists who reflect on topics common to pop music and the visual arts, focusing on the moments at which these practices feed off each other and move in the territory of experimentation, utopia or political incorrectness. 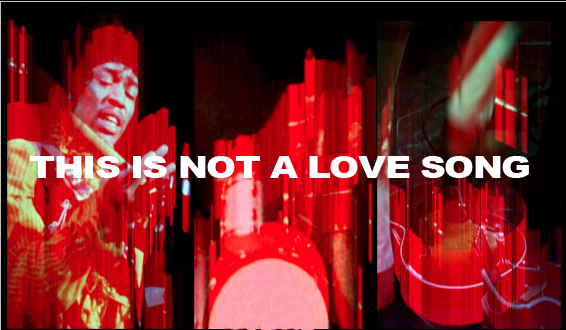 Am I a musician in an artist’s body or an artist in a musician’s mind?

“Art rock” is an ambiguous term – for some, at odds with the very nature of popular music – which has been used since the 1960s to define a broad subgenre that is characterised by its experimental tendency and a certain intellectual ambition that on occasions generates its own feedback with the visual arts. This would not appear to be unrelated to the fact that such outstanding musicians as John Lennon, David Bowie, Brian Eno, Laurie Anderson, Michael Stipe and Kim Gordon studied at art school before dedicating themselves to music.

Abel Hernández. Musician and composer of projects such as El Hijo, Emak Bakia and Migala, music producer and author of the music blog La Columna de Aire (www.elcultural.es), he is also an art critic and curator.

Nando Cruz. Writer and cultural journalist. He, is a regular contributor in  “Rockdelux” and El Periódico de Catalunya.

This is not MTV

Faithful mainstay of the record industry at its peak, the music video has grown like an omnivorous monster that sucks up the ideas of the visual arts, cinema, comic and advertising. Yet its commercial factor has not prevented it from being used by bold creators who care nothing for the promotional constraints of the genre, take ownership of its aesthetic and deconstruct the audiovisual stereotypes upheld by networks such as MTV to get across messages charged with parody or criticism.

Some exhibitions held in recent decades highlight the moments at which pop music and contemporary art have positioned themselves in the territory of activism and political incorrectness, revealing the potential of musical subcultures to generate “alternative public spheres”. In this context, both musicians and visual artists may come to take a stance: either as actors of the hegemonic cultural system or as critical agents capable of producing minor forms of resistance .