The Silver Songs. The music of Andy Warhol  exhibition strives to demonstrate that music was one of the foremost emotional, iconographical and conceptual underpinnings upon which the artistic output of the father of Pop Art was built. In it, we discuss an often invisible albeit essential component when it comes to understanding his creative process as well as some of the most significant thematic focuses in his works.

Throughout his career, Warhol displayed an omnivorous musical culture that stretched from his soft spot for opera, dance or Hollywood musicals all the way to avant-garde music and pop ballads in all styles, ranging from Maria Callas to Elvis Presley, from John Cage to The Velvet Underground and from Count Basie to Michael Jackson, not to mention icons such as Nico, Mick Jagger, John Lennon or Debbie Harry, one of his last muses.

The starting point for this exhibition is what had been deemed a fringe facet of Andy Warhol’s artistic output until recently: his contribution to the history of musical graphic design. Between 1949 and 1987, the artist crafted over 60 cover images for records in all musical genres. An analysis of these designs highlights the fact that many of these covers prefigure formal and iconographical solutions that he would later go on to include in his pictorial and cinematographic output; not only does this make them especially valuable for researchers, it also allows for transversal readings of the artist’s work.

The exhibition is divided into several sections that are organized thematically and chronologically, and which allow visitors to retrace a genealogy of the relationship between art and popular music throughout the second half of the 20th century. Every chapter contains record covers displayed alongside works on different mediums: photographs, drawings, prints, books, magazines, posters, films, video installations, screen tests, musical video clips as well as numerous objects and documents crafted by Andy Warhol and artists from his circle including Ronald Nameth, Nat Finkelstein, Fred W. McDarrah, Christopher Makos, Hervé Gloaguen, Richard Bernstein and Dan Munroe, all of which provide insights into the feedback that took place between musical graphic design and the artist’s plastic and audiovisual output over the course of nearly four decades. 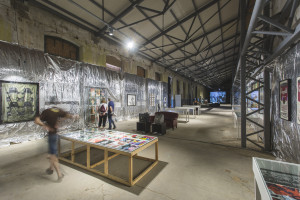 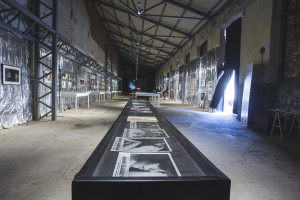 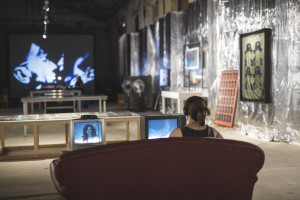 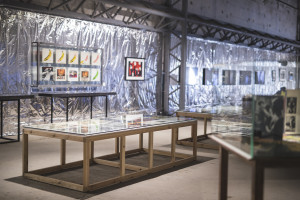 Side activities: The Factory Alive!